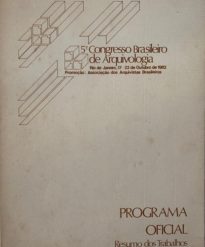 Trends in College and University Archives and Manuscript Collections

College and University Archives are a fairly recent phenomena in the United States noting the organization of the Committee on College and University Archives – of the Society of American Archivists in 1949. Hundreds of these archives programs were formed in the 1960’s with the influx of federal money into academic institutions. This organization continued throughout the 1970’s even though federal money was largely cut back in education. This cut back of funds has had an effect on the kinds archives programs developed and their size. In the 1980’s perhaps half of the colleges and universities have some sort of archives. Many collect only the records of their own organization, especially those archives attached to university administrations. Other archives that are attached to libraries in the college often only collect historical manuscripts. Some of the larger archival programs collect both university records and historical manuscripts. Many of these archives are now facing similar problem – cuts in staff and funding. Other problems also persist. The geometric increase in the volume of paper forces us to look at our appraisal values through new eyes. Storage space is limited and often not environmentally controlled. Conservation is expensive and requires a strict sense of priorities. It is impossible to collect the materials we would like to collect so archivists in a region get together to divide up collecting areas of interest. Archivists in colleges and universities must maintain close contact with all the departments and offices so that they are aware of changes in record groups, formats and the effects of the new technological equipment as well as being supportive of sound record systems. We will have to continue to look at all of out priorities and procedures closely so that we will be able to fulfill our responsibilities and challenge our problems bringing them to a satisfactory result.

A autora integra a Mckeldin Library, University of Maryland.